So why should we ReThink our Drink anyway?  Well what if our choices are making a huge impact on our environment? Isn’t it worth at least a passing thought?  Drinking Green isn’t a new concept, it is actually a old thought.  Ask anyone who lived through a War or lived somewhere where there is no garbage pick up.  There is a lot to be said for understanding the lifecycle of the items we use everyday.  Start your day with a to go drink, well that cup is going to landfill somewhere.  So the next time you buy a cup, realize that you might as well bury that up in your own backyard because that is where it is going.  Do you drink more than one a day? That garbage can on the street doesn’t go to a magic universe, it goes into a truck that takes that cup and various others to a place where it is dumped in the ground and buried.  In Toronto, our garbage goes to Green Lane Landfill.

And if you think your cup is being recycled, it is not.  Recycling cups and other items meant to hold liquid on the go are very expensive to recycle because they contain paper and plastic.  Which means, landfill is cheaper.  Check out Marketplaces episode on recycling coffee cups. Does that make you think a little more about how much you need your double shot soy latte?   Maybe not, but it is possible to have your coffee in a reusable cup.  Some places will make your coffee in an actual cup for you.   Even Scarborough Town Center has opted for glasses, ceramic plates and metal cutlery for their food court.  Image all of the non-compostable containers that are being saved from Landfill from that Mall.  Probably a good reason to choose to eat in that food court. 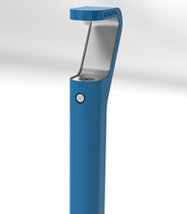 Another drink we should be having each day, water.  There are many articles about buying water in the handy dandy plastics bottles, like David Suzukis Message in the Bottle. Which talks about the environmental impact of that plastic bottle and traveling it to you.  Glass bottles are a better alternative, highly recyclable, non leaching and resealable.  There is also the break factor, however I have cleaned up glass bottle breaks before.  Maybe not on the bus or sidewalk which could be more problematic.  I have also opted for plastic while my kids were smaller, but now make a more conscientious effort to make better choices when I can.   I rarely buy water and prefer to drink from a tap.  I am aware that marketing campaigns are rarely in my best interest and that the quality of water that is my tap is the same or marginally less than that I am buying on sale at the grocery store.  Having a reusable container to drink tap water is getting easier and easier.  Fill up stations are showing up in the darnest of places, in schools, Malls, even at the beach.

Mineral waters that come from far off lands, could be a choice that I make, however I do consider how much traveling that bottle has done to make it to me.  It could have been on a boat, a train and a truck before it makes it to me.  Maybe the health benefits are that great when you consider the effect on the environment.  I also know that there are natural mineral waters that are much closer that I could possibly choose.

Maybe the next drink we should talk about is the more recreational.  When we think of beer, we don’t usually think green.  Well, sometimes I do, (mainly around March 17) but in the environmental sense, Beer has been green for long time.  Boasting a 95% recycling rate of diverting bottles and packing from landfill, Beer is definitely green.  With Molson brewing Canadian, Coors Light and Richards in the Toronto plant, it does have far to travel to get to you either.  As well as big brewer, there are tons of micro brewers as well.  Blog TO ran an article called the 50 Best Beers Made in Toronto.  So you if you want to drink local than Toronto is the place to do it. 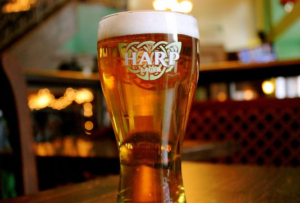 The best way to drink beer is from a keg, which is a lot more product for the packaging.  Kegs are reusable and very durable.  And sometimes they are stainless steel, which takes significantly electricity to produce than Aluminum.  Aluminum production in the world accounts for 3% of all electricity consumption.  That is huge.  Aluminum Electricity consumption is 9 times higher than that of steel.  Electricity production around the world is done in different ways, some more conscience than other.  All have an impact on our environment.  The good thing about Aluminum is that recycling it is significantly less consuming than producing it and it is recycled at a rate of 80%.  Still when you have a choice, it is something to think about.  And pints of beer at your local pun are generally served from stainless steel kegs in glasses.  Sounds good to me, and my planet. 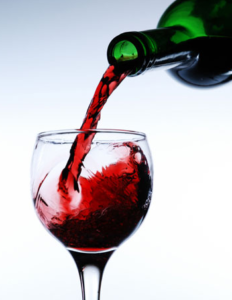 Maybe you aren’t the beer swilling type.  Maybe you prefer some distilled variety of recreational drinking.  Most spirits and wines come glass bottles.  Although some wines are using tetra packs, or plastic bladders, which are still recyclable.  All plastic manufacturing requires oil.  All plastic comes from oil or should I say most, because there is plastics made from plants.  I have a plastic cup that is biodegradable. (pictured above)  Either way, it doesn’t break down and fills our planet with plastic.  Most wines and spirits come in glass bottles which is highly recyclable and is made from sand. Although the production of glass uses energy, the recycling is much less and glass that ends up in the ocean doesn’t kill anything.   We have many winerys and distilleries around so you can certainly buy local and Rethink your Drink.

Whatever you are drinking, try putting some thought into the container and where it comes from.  Big changes are made in little steps.  ReFocused knows that little steps are easy.  Good Luck on ReThinking your Drink.